To continue to use this website you first need to accept the use of cookies. Without accepting cookies, you will not be able to use certain features such as the Member's Zone. For more information, read this page.

We are saddened to have to share with Club members the news of the death of Andrew Simpson, a big supporter of the Accies Golf Club and all-round great guy. He passed away peacefully at St Columba’s Hospice on 22nd June after a short, but bravely fought, illness. He was only 51.

Andrew played rugby down at Raeburn Place in the early ‘90s on a purely social level (by his own admission), but his real passions were fishing and golfing. He was an accomplished salmon fisherman (as you can see from the photo) and regularly fished with friends on some of the great salmon rivers of Scotland, including the Spey and the Tweed.

He was a member of The Honourable Company of Edinburgh Golfers where he had many friends and played to a respectable standard, enjoying many fun days on the Muirfield links – more often than not centered around a good lunch! He was also a very active member of the Accies Golf Club, playing in most of our outings, as well as the infamous ‘Pineapples’ touring society.

Due to lockdown restrictions, Andrew was laid to rest at a private funeral on 2nd July. However, once a memorial service is announced, we shall keep members informed.

Our thoughts and condolences are with all Andrew’s friends and family, especially Claire and sons Fraser and Jamie, at this sad time. 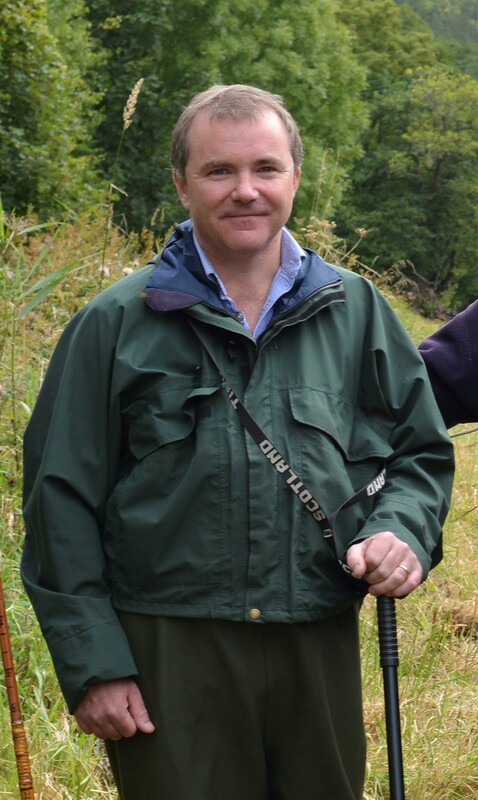